In Flew a Ladybug 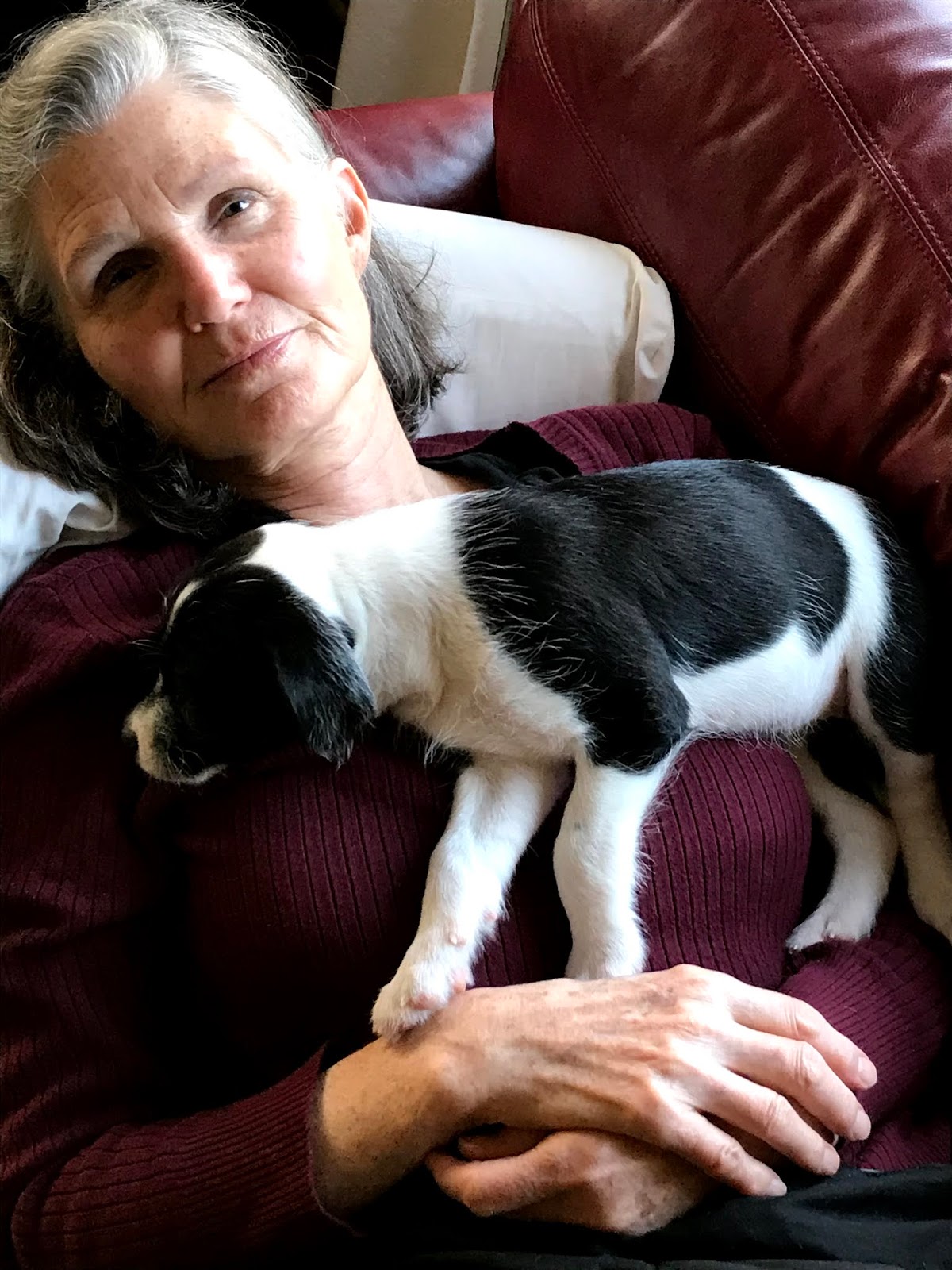 This is a photo of two of my favorite females. Jan is holding our new puppy named Ladybug. The pup is the result of a romantic encounter between a Labradoodle mom and an Australian Shepherd father. This photo was taken a couple of weeks ago. I like it because Jan and Ladybug had just finished taking a nap together, and all was all quiet on the puppy dog front – for a moment.

The name Ladybug came after wanting to name her Lady but felt she was something more. My daughter Anna commented one day as we entertained our new puppy’s name, “She reminds me of a little ladybug.” An hour after Anna made that comment, the yet-to-be-officially-named puppy and I were sitting outside in her kennel enjoying the sunshine when a real ladybug flew out of nowhere and landed on my right arm. Once the ladybug had my attention, it flew up and off my arm and made a few orbits above my head, making sure I got the message and then flew away.

God likes to confirm the little things in life, like the naming of a puppy. For those whose image of God is of a distant and distracted father who cares little about such things, I pray those dear souls could see Him in a different light.

Today, look for the ladybug kind of confirmations that visit our lives on a daily basis. They are messages from a loving Father who wants His children to know that His eye is on the sparrow, little puppies and anything His children love.

← Backfire! Rest...Trust →
We use cookies to ensure that we give you the best experience on our website. If you continue to use this site we will assume that you are happy with it.AcceptPrivacy Policy